Marshall and Nancy’s forty-five minute variety show, “Make it Work” is filled with singing, dancing, impressions, standup, and comedic sketches. This show is a celebration of who they are as a couple, their talent, and a tip of the hat to many of their comedy influences such as Groucho Marx and Tom Lehrer.

“Make it Work” was originally written for the cruise show audience, so it’s done in a classic comedy style.  Marshall and Nancy’s love for each other shines brightly through their playfulness with each other. And as always, they have great fun with the audience. 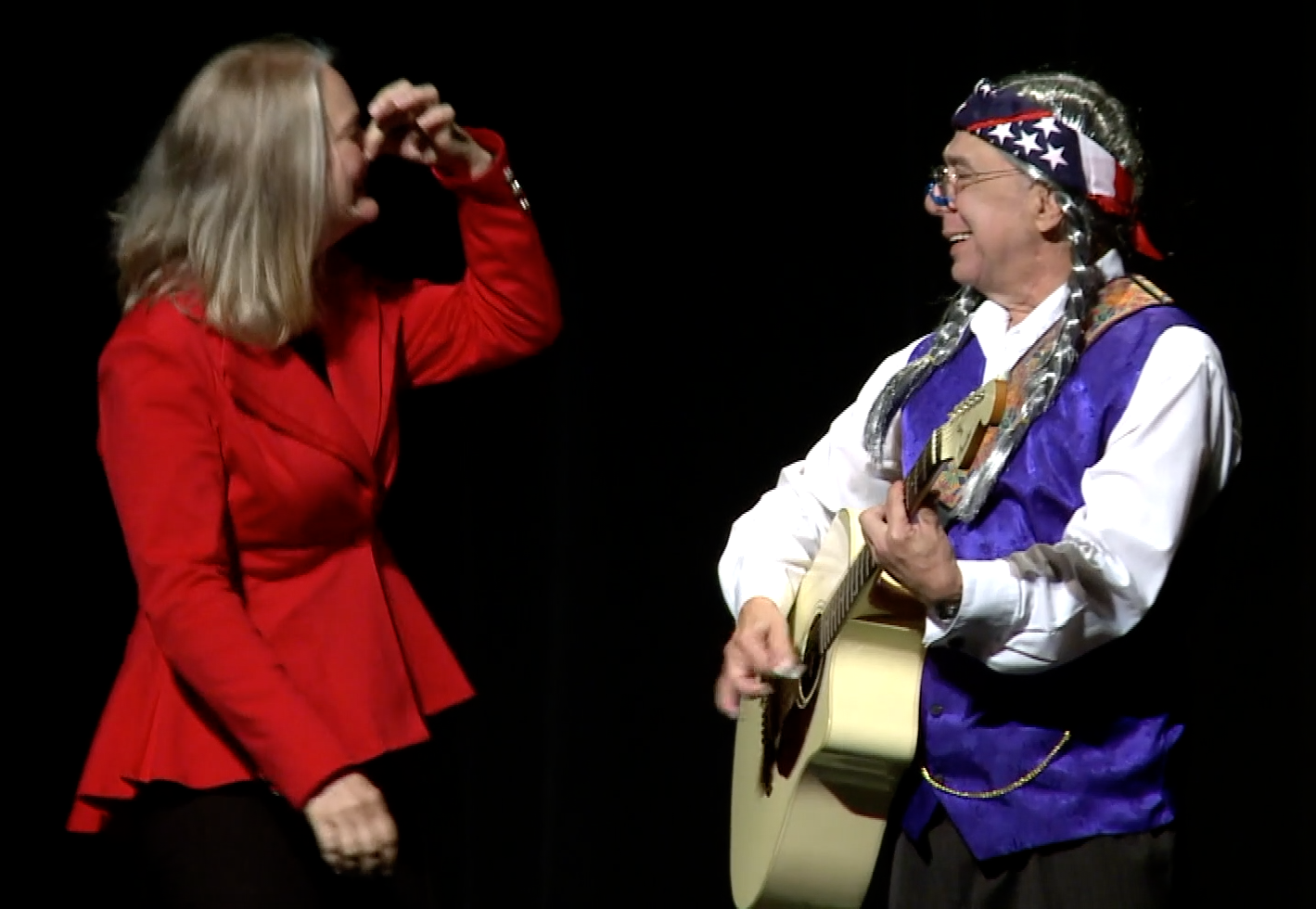 Marshall and Nancy have been professional comedic actors for over three decades each, and have been performing comedy on ships all over the world since 2009. They consistently delight audiences with their inclusive and interactive style while delivering the laughs and the fun!

“So much FUN! An hour of old school comedy. For those of you who miss Carol Burnette, George & Gracie or The Hudson Brothers, tune in for some refreshing laughs. Love these guys!“

“A terrific combination of jokes/songs/sketch/improv!“

“I loved watching the show“